First and foremost HYPERINFLATION is a Currency Event. Prices rise because it becomes widely understood that the currency is being intentionally debased and it is no longer a store of value.

Secondly, Hyperinflation is not a protracted affair. It happens very quickly, causes massive dislocations and social upheaval, but is over in a relatively short period of time. Often measured in weeks and months. However, the devastation it wrought is felt for decades and generations.

Additionally none faced the almost inconceivable headwinds of:

“This first stage of the inflationary process may last for many years. While it lasts, the prices of many goods and services are not yet adjusted to the altered money relation. There are still people in the country who have not yet become aware of the fact that they are confronted with a price revolution which will finally result in a considerable rise of all prices, although the extent of this rise will not be the same in the various commodities and services. These people still believe that prices one day will drop. Waiting for this day, they restrict their purchases and concomitantly increase their cash holdings. As long as such ideas are still held by public opinion, it is not yet too late for the government to abandon its inflationary policy.” – Ludwig Von Mises

During Hyperinflation, Money Velocity explodes upward as everyone attempts to get the remaining purchasing power out of their money before it disappears. Presently however Money Velocity is plummeting. 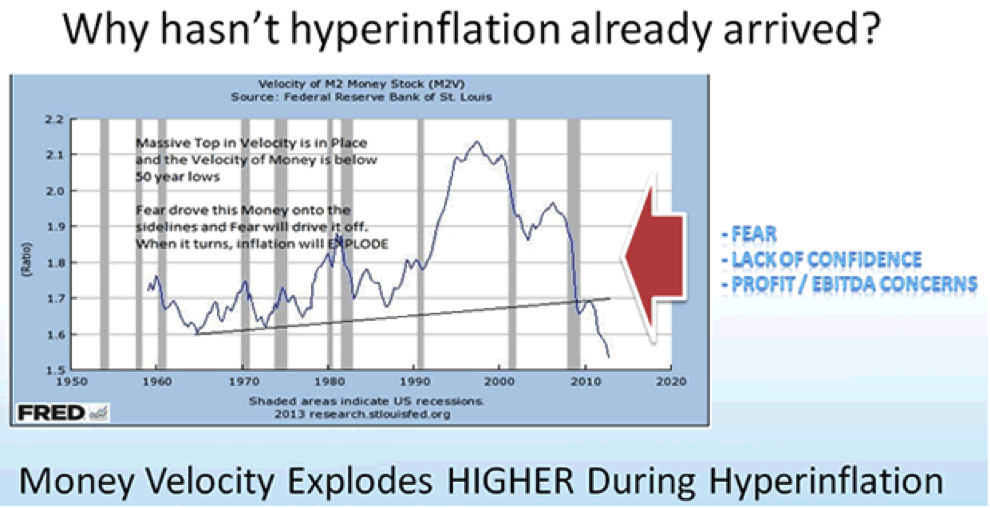 The is because of FEAR, due to the current business climate, eroding earning potential, existing malinvestments & debt levels and the ongoing destruction of capital. We have a Crisis of Trust also occurring. 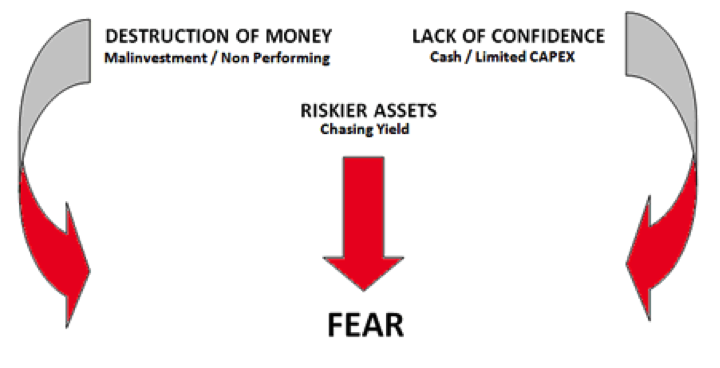 Hyperinflation is not imminent, but it is clearly on the horizon.

Escalating Currency Wars are a strong indicator of its approaching presence.